Back to all posts

Valafar confirmed to support Grand Magus, Memoriam and others at Manor Fest 2017. Nuclear blast released the statement below;

Swedish Viking Warriors Grand Magus have been announced as the headliners of Manor Fest 2017, a one day festival taking place in Keighley, West Yorkshire on 13th May.

Frontman JB comments "We’re looking forward to the UK Tour in spring and also coming back in May to headline Manor Fest – get your tickets now and prepare to raise your fists & bang your heads for the glory of metal!"

The charity festival raises money for Sue Ryder Manorlands Hospice and is at Victoria Hall, Keighley. 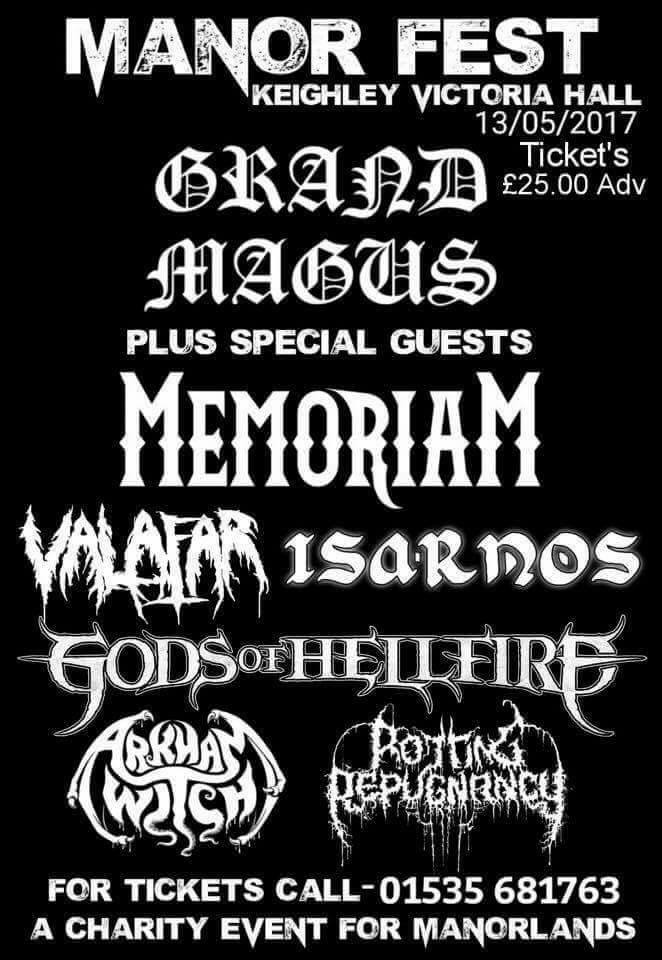